So Australia, the land of some serious beefcakes (the sexy kind), truly brutal banter and of course the thing my pale english body needs the most, sunshine.

Sydney was, to be completely honest, just another city, don’t get me wrong I had a wonderful time but it was just too much like London and I was craving the beach BAD. After hitting the opera house for a glass of their cheapest fizz and some messy nights with far too much goon, I made my way to the hippie paradise, that is, Byron Bay.

The first thing that hit me as my coach pulled into Byron, was extreme tiredness, the smell of unbrushed teeth. And the large amount of long-haired blokes dressed in some mental-looking psychedelic trousers, BARE FEET and nothing else. I arrived at my hostel,a well-known backpacker gem; Arts Factory.

Imagine a miniature Gottwood that you can live that! Some seriously cool sleeper cabins and a campsite with awesome workshops and even a pool. Backpacker heaven for $34 a night, not bad for Oz.

Seeing as I was in the home of some of the best waves in Australia, I thought I better let Quicksilver know I was in town if they wanted to use me as their new covergirl. I made my way out to learn with Mojo surf school, the teachers are really great and quite gorgeous which helped my enthusiasm enormously.

After about 2 hours of being knocked off my board left, right and centre and face planting the seabed a fair few times, I managed to just about ride a few waves and felt like a true Byron babe.

A week is the perfect amount of time to spend in Byron, the beach is the place to be everyday but stock up on 30-50+ sun cream or head out to Nimbin for a day out (give it a google if you’re partial to some herb).

Night time is BEACH RAVE time, by far my best night out in Australia, huge thanks to the legends that carted out a full DJ set-up, fairy lights, plenty of goon and some serious bad boy speakers!

After reaching my limit of vegan chat, free hugs and too much bad guitar playing, from whaling hippies at 7am it was time to move onto Surfers Paradise.

Where I’m sure Quicksilver will be in touch for that photoshoot. 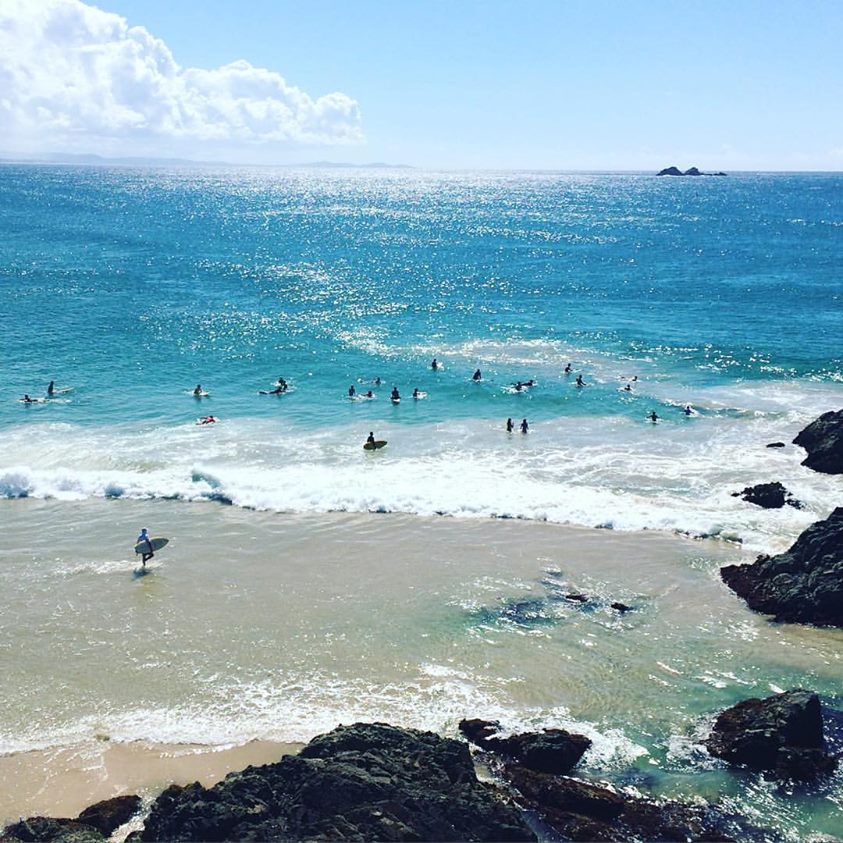