There are very few things that make me weak at the knees, but when they do… I melt, them being Cheese, Chris Hemsworth and wine. So when I found out there was a Cheese Festival at Prahran Market, I was more than hyped.

It was a typical Melbourne day with flashes of pouring rain mixed with sunshine. But that didn’t put a dampener on my cheese-loving spirit. I was ready to sample every cheese Melbourne had to offer and sip on some shiraz in the wet sunshine. 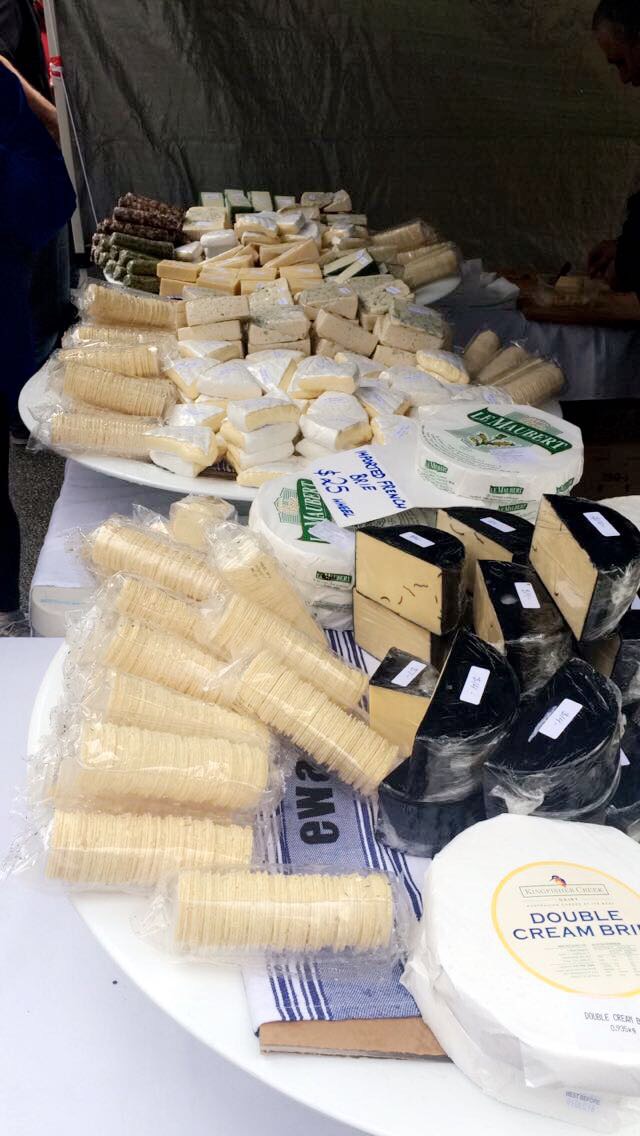 The stalls ranged from homemade Gnocchi with lashings of cheesy toppings to ridiculously indulgent Belleville Mac and Cheese with crispy bacon and onion chutney topping. Cheese inspired ice cream with delicious cream cheese filled cannoli’s to name just a few. I tucked into the Mac and Cheese, it was the most creamy and naughty Mac and Cheese I had ever had, with a sauce combined of 3 different rich, french cheeses I wanted to bathe in this scrumptious sauce. 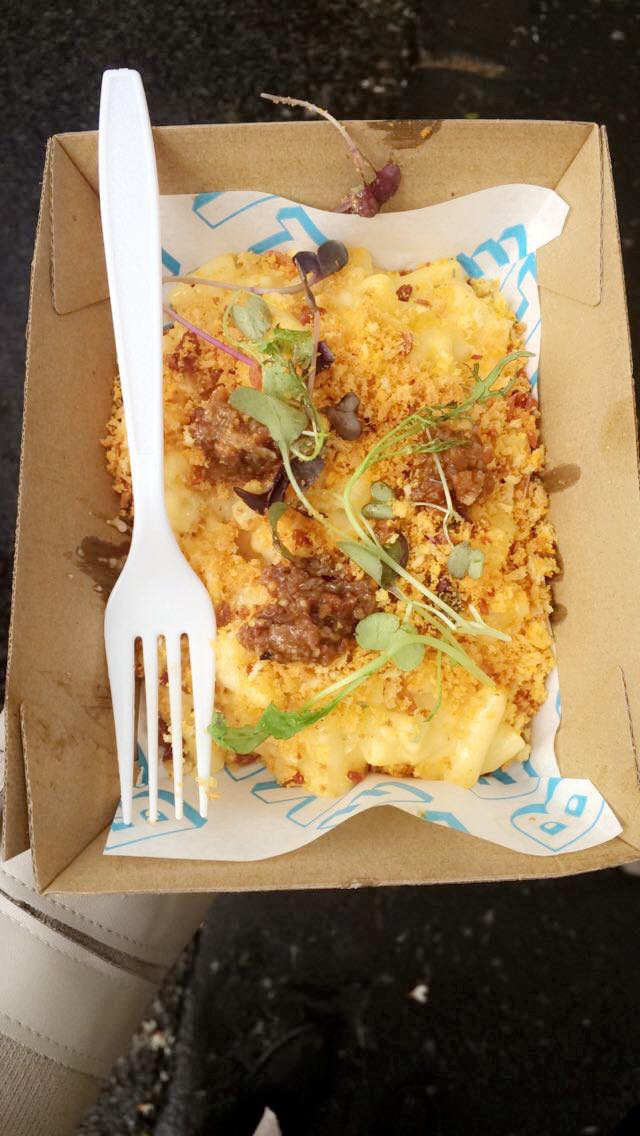 The stalls had a huge variety of cheeses both imported and local. The local Tolpuddle goats cheese were so fresh and creamy and weren’t as strong as the french but still incredibly tasty. We bought an array of local cheeses for our own cheese and wine night.

We indulged ourselves in a Woombye triple cream truffle brie from The Cheeseshop Deli  which was by far the most delicious brie I had ever tried with layers of rich truffle running through the centre of the cheese. We also bought a raspberry Bellavitano infused hard cheese which tasted like a rich parmesan but with a beautiful berry twist.

We also sampled a variety of cheeses paired with Backyard honey, I would never have paired them together but they went perfectly and I highly recommend honey as an addition to any cheese board. It also brings awareness to bee’s and how vital it is that we support the beekeeping industry!

Thank you Pahran and Say Cheese it was a wonderful, cheesy day out.